Interview: The Clooney of the Canaries

Any cinemagoer who follows the Oscars will be familiar with The Descendants. In the film, George Clooney plays a man faced with the decision to sell a patch of historic land on the island of Kauai in Hawaii. The plot went back in his family for centuries, but was never developed.

As well as a moving story about bereavement and marital problems, it gave real estate investment a glamorous Hollywood air. Would Clooney choose to sell? How much would he get for the land? What would his family think? What would be done with the land once it was sold?

And perhaps the most important question of all, just how true to life was it?

So when I came across Carlos Pérez, an architect who had assembled 49,700 square metres of land to sell for a high yield hotel development, I sat him down and quizzed him to find out.

Carlos, it was safe to say, was no George Clooney. His land was in the Canary Islands rather than Hawaii. And he had never appeared in E.R. Was his land at least passed down through his family’s generations? How did he get it?

He has 49,700 square metres to sell in total. That’s a lot of land. Where did the rest come from?

“I purchased two more plots next to the first one and then registered the 3 of them as a sole plot in my name for investment purposes. Three months after, I set up a company Hispatur Turimo SA and put the new registered plot in the name of the company.” 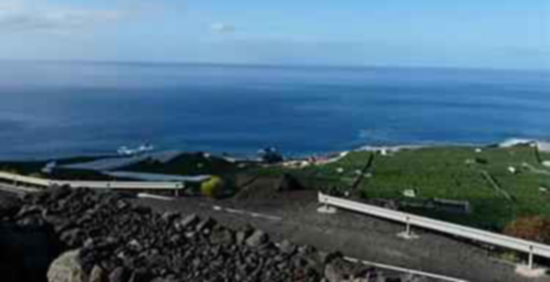 So was this always the plan with the land? He wasn’t going to turn it into a farm or anything?

“Yes. In November 2009 I started the process to get the actual license to build a hotel or aparthotel in the land and get 500 bed minimum occupancy. I finally got the license and all permits to start building the land straightaway last April.”

Only last April? That’s quite a wait.

“Well, selling the land with immediate permission to build gives the land more value. In fact, the price I’m asking is very reasonable taking into account the potential of the location for a hotel or aparthotel. I have waited more than 2 years for licenses and permits, but it has been worth it.”

Why does he think the location has such potential?

“It’s in the south of the island with panoramic views over the ocean. Also, La Palma Island has been suffering a severe shortage of accommodation since 2003. Between 2003 and 2010, three new hotels have been built, but it’s a very popular place with German, Swiss and Austrian tourists. We need more.”

What was it like having to wait so long for all the building permits?

“It was a bit frustrating, but you have to adapt to the situation. You get the final building license after getting all other licenses. It was just a process I had to go through.”

It’s an impressive display of patience. Was he tempted to sell the land without the permits?

“Sure, particularly when some property developers wanted to purchase the land as an investment instead of storing their money in the bank. But I wasn´t in a rush to cash out. I knew that a plot of land of 49,000 square metres with 500 beds allocated was a very good investment. You usually get about 350-400 beds in a plot of that size. I got 500 beds because, as a professional, I presented a very good project to the local government. Well, my connections in the local government also helped… ”

Connections in the local government? That sounds like something Clooney would have. Maybe Carlos was more influential than I first thought. Was he well-known among the local authorities as a film star?

He laughs, with a hint of movie magic.

“No, I’m a technical architect! What you call in the UK a building engineer. I have my own consultancy and work for third parties, mainly property developers, architects or private individuals who want to build property in La Palma.” 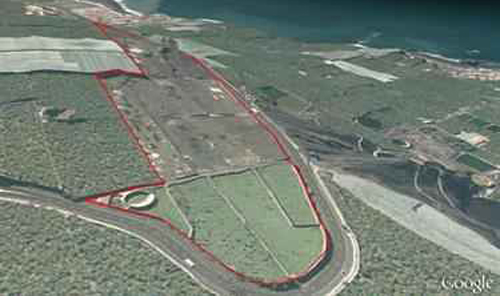 Not a movie star after all, then. So why, as a technical architect would he suddenly switch lanes into development? What was it that inspired him about the land?

“FIrst of all, the return on investment. Getting over 13 million ROI in less than 3 years? That’s really attractive! I’m willing to enter in a joint venture with the investor, so as a partner (with a small share), I would get a bit more money for the land.”

He‘s clearly very passionate about the project and knows the value of the investment – that much is evident from the time and effort he has spent preparing the plot, let alone the animated way he talks about his plan. What does his family think of it all? Were they happy to sell the land?

“When I brought the land from my uncles and aunts, they thought I was going to build my house there, but I had other intentions. They were happy to sell their shares of the land, after all it was money coming in.”

So when did they learn of your ambitious idea?

“Things started to get clearer for them when I purchased the two plots next to it! They thought I was going to build a hotel myself, since I was working to get all to licenses.”

Did they think you were crazy?

“Some of them thought I was heading for trouble…”

Now this sounds promising. Family conflict? People being called crazy? The underdog overcoming others’ expectations? Maybe there’s a chance for some Hollywood drama after all. How do they feel about it all now?

“Now, they think I’m doing a good investment, particularly when they learned that a couple of property developers made me an offer for the plot. Do they feel sorry for selling the land to me years ago? Well, years ago they got the money and I got a big bank loan to pay. They should consider that!”

He adds that he has all the finance and licensing documents with him to verify his facts and figures. I say that’s it’s not necessary. I trust him. He smiles. There’s a slight twinkle in his eye.

He may not be a movie star, but there’s still something of George Clooney about him.

Maybe he can get that part in E.R. after all.

Help Carlos do his family proud: invest in this high yield plot of La Palma land: